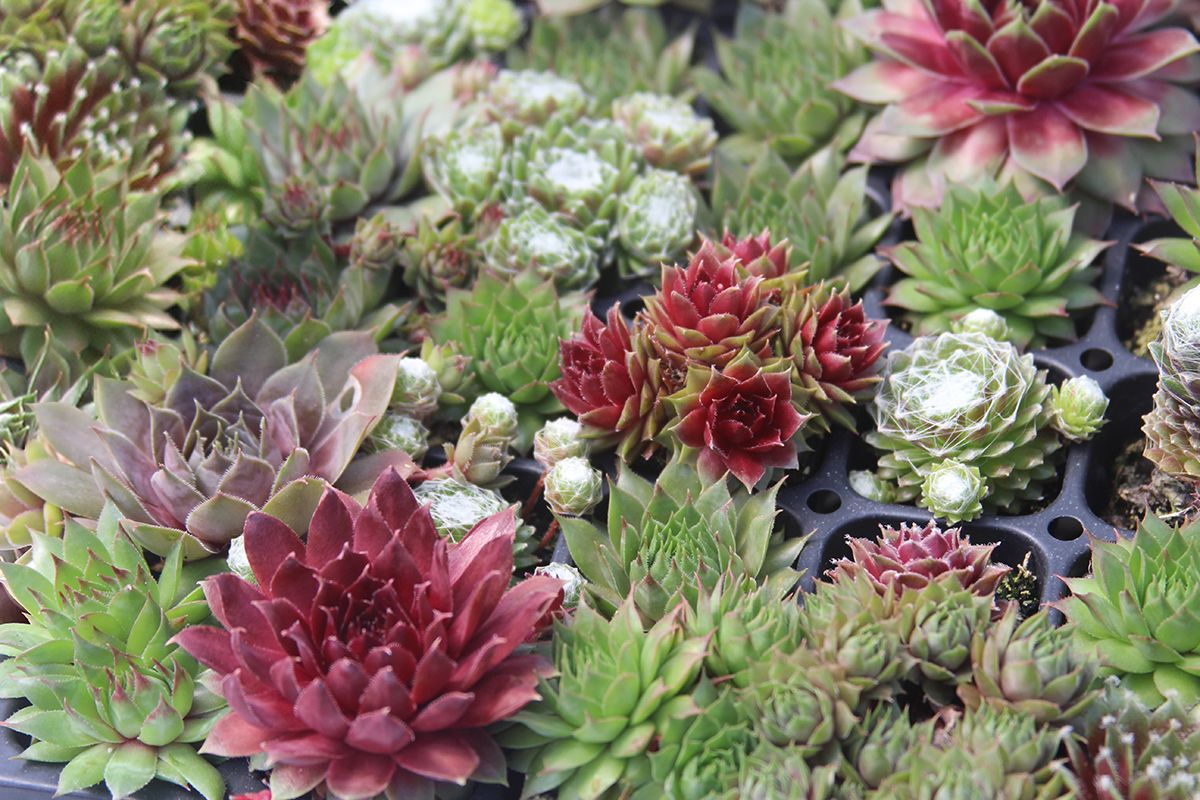 Red is the most popular color for Sempervivums, but it turns out to be a rare color in common seed mixes. In years past, we would use seed mixes from this producer or that, but they never gave enough variety in the tray. Not the texture; not the color. We always felt the mix could be better.
A really good mix should be rich in both color and texture. Not just reds, but red-tipped, red-spades, dusty purples and blood red hens. Not the same old texture with one or two exceptions, but a real difference in thin leaves, spade leaves, tight rosettes, loose rosettes and cobwebs. And for that matter, let's throw in some chicks with those hens.
Last year, Ron decided to create a better Sempervivum Mix for us to grow. He avoided seed and went straight to cuttings. Although its more expensive, cuttings allowed us to control the mix of varieties more tightly. He also went straight to the good stuff, the popular hens and chicks that everyone wants. 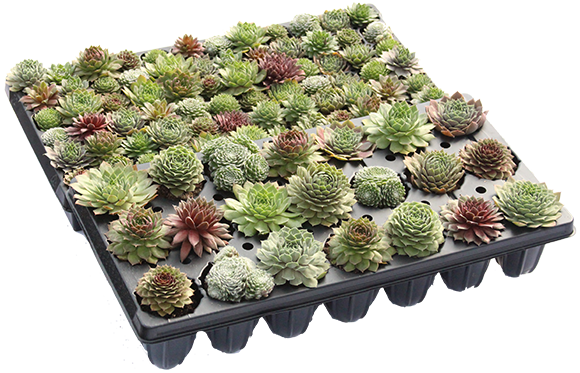 Sempervivum Hot Mix aims to provide a much better variety of both color and texture within a single tray. It’s all there: the reds, the webs, the skinny and the thick - a great selection within each tray. Hot Mix is available this year for order in both 72-cell trays and 21-cell trays.